leader of the labour party asking a unionised workforce not to strike and to, in fact, give up some of their holiday. that's england, baby @stolas yeah, i'm not. he's just like so much worse than people even expected and the expectation was so low

@WoozleWuzzle @stolas
I already knew I wasn't going to vote for him but I'm now at the stage where I'd be willing to leaflet and canvas for any credible opponent in the local elections.

@floppyplopper @WoozleWuzzle Are there credible opponents? I keep getting Lib Dem stuff through my letter box but fuck that shit after they personally fucked me and my brothers over with student loans 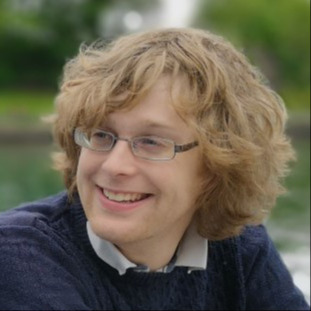 I'm waiting to see if any suspended Labour members stand as independents, other independents, or if NIP can prove themselves to be more than a silly joke on Twitter.

p.s. when I say "cedible" I mean not having opinions that disgrace them as a human being. I'm not referring to electability. Having said that if Anna Rothery is suspended and stands as an indepent for mayor here in Liverpool I think she has every chance of winning.

@josh @stolas @WoozleWuzzle
p.s. happy to provide longer explanations than "absolutely not" but as I have long standing beefs with both parties locally I thought you deserved the short version first.

@stolas @josh @WoozleWuzzle
I'm now in the middle of a row at home so I'm going to have to do this another time.

@stolas @josh @WoozleWuzzle
So easiest to deal with is the Lib Dems as they formed a majority administration in Liverpool between 1998 and 2010. On the positive side they did issue a formal apology for Capel Celyn. Other than that they did all the cuts, contracting out, greenfield loss, cuts, etc you would expect from a Labour administration. Out of power they've continued to demonstrate their lack of integrity. They're most famous for dodgy bar charts but their whole vibe is of people who should not have any authority over people's lives.

@stolas @josh @WoozleWuzzle
I have been a member of the Green Party of England and Wales so I have some personal reasons for not trusting them. I think they're quite cynical and obsessed with electoralism and seeming presentable. They seem to tailor their message for the benefit of wards they wish to win not to serve the places they already represent. I would want a Green Party member as a councillor because I know they do their case work. But I also think I have good reasons for thinking they will drift to the right if to gain serious support in Liverpool.